It is usually believed that ferroelectricity can appear in insulating or semiconducting materials rather than in metals, because conducting electrons of metals always screen out the internal static electric field arising from the dipole moments. In 1965, Anderson and Blount proposed the concept of 'ferroelectric metal', pointing out that the electric polarization may appear in certain martensitic transitions due to the inversion symmetry breaking [Anderson et al. Phys Rev Lett 1965, 14, 217-219]. However, after exploration of more than a half century, very rare ferroelectric metals were reported so far. In 2018, two-three layers WTe2 were reported to have switchable spontaneous out-of-plane polarization, which might be the first experimental observation for the coexistence of ferroelectricity and metallicity in a two-dimensional (2D) material [Fei et al. Nature 560, 336 (2018)].

Recently, Gang Su and coworkers have systematically investigated a large family (2,964) of 2D bimetal phosphates by using data-driven machine learning with novel electronic orbital based descriptors and high-throughput first-principles calculations, discovering 60 stable 2D ferroelectric materials with out-of-plane polarization that contain 16 novel ferroelectric metals and 44 ferroelectric semiconductors including seven multiferroics that reveal the coexistence of two or three types of ferroic orderings such as ferromagnetic, antiferromagnetic, ferroelectric, and ferroelastic orderings, and seven ferroelectrics suitable for water-splitting photocatalysts. These multiferroic materials may have potential applications in magnetoelectric, magnetostrictive, or mechanic-electric nanodevices.

By performing a detail charge analysis, they found that the conducting electrons mainly move on an upper surface of these 2D ferroelectric metals, whereas the electric polarization vertical to the upper surface is from the lower surface, which origins from the spontaneous inversion symmetry breaking induced by opposite displacements of bimetal atoms, thereby giving rise to the coexistence of metallicity and ferroelectricity. It is observed that the full-d-orbital coinage metal elements cause the displacements and polarization larger than other elements. The ferroelectric-paraelectric phase transition and polarization reversal in these 2D ferroelectric metals are also studied, and they exposed that the energy versus polarization profiles exhibit common double-well shape and clear bistability, where two minima correspond to ferroelectric phases of opposite polarizations, and the maximum corresponds to paraelectric phase. In addition, Van der Waals heterostructures based on these ferroelectric metals were also shown in possible applications to adjust the Schottky barrier height or the Schottky-Ohmic contact type, indicating that they may be used to manipulate vertical transport properties of the devices.

This present work not only expands greatly the family of 2D ferroelectric metals, which would spur more interest in further exploration of 2D ferroelectric metals both in theories and experiments, but also presents an efficient method by combining data-driven machine learning and high-throughput first-principle calculations to accelerate discoveries of new advanced functional materials. 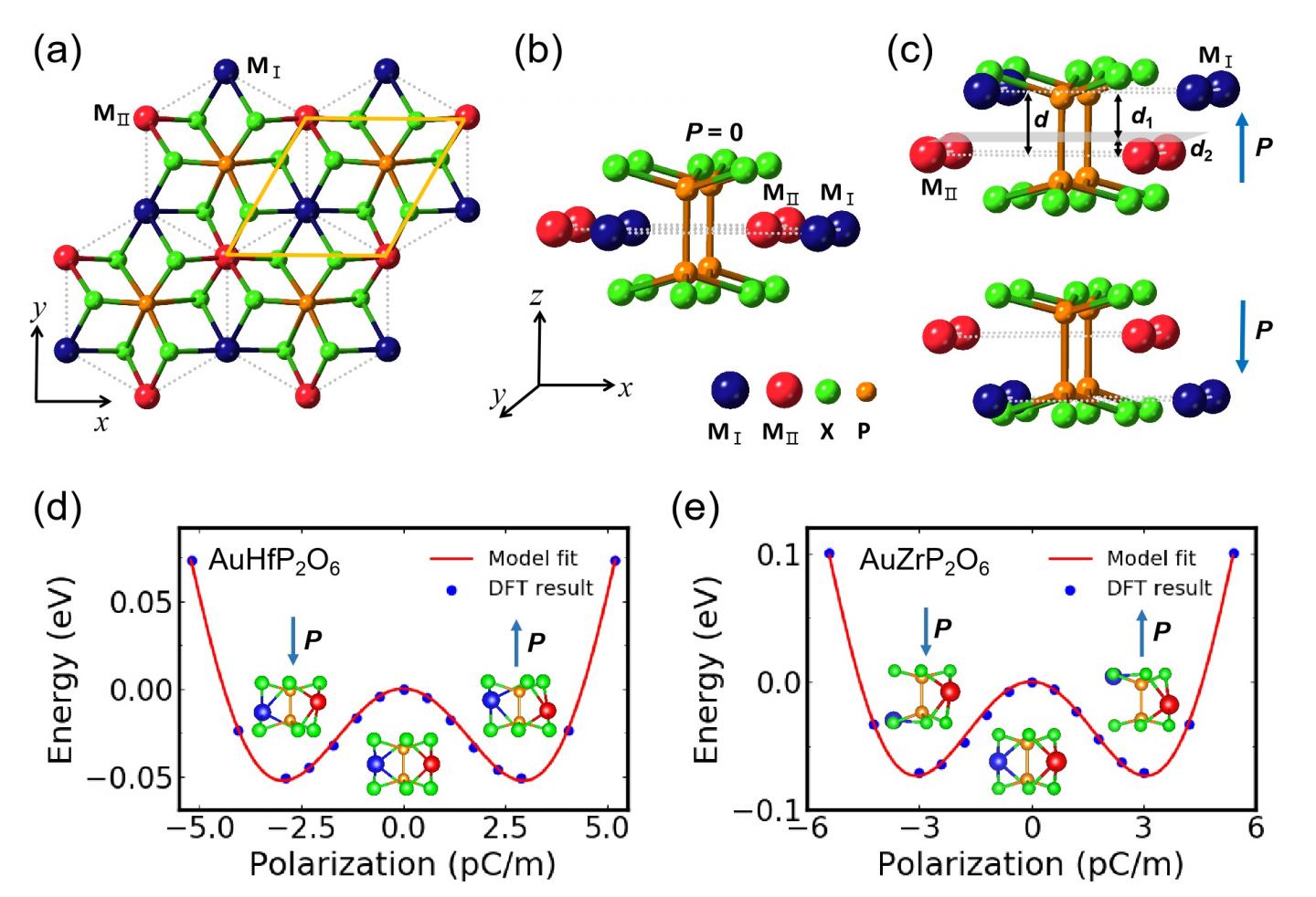