Sino-Danish Astrophysics and Particle Physics Workshop was held in UCAS

From April 19 to 20, the Sino-Danish Astrophysics and Particle Physics Workshop was held at Yanqihu campus of the University of Chinese Academy of Sciences (UCAS). The list of workshop participants included UCAS Vice President Wu Yueliang, the secretary and vice president of the NAOC, vice dean of the School of Astronomy and Space Science Zhao Gang, the director of Sino-Danish Center Hu Zhengyi, the dean of Sino-Danish College Zhao Hong, vice dean of School of Astronomy and Space Science Liu Jifeng and the vice dean of College of Physics Zheng Yangheng have participated in this workshop. Professors from NAOC, Yunnan Observatories of CAS, Institute of Theoretical Physics of CAS, Suranaree University of Technology, Thailand, University of Copenhagen, Aarhus University, University of Southern Denmark, Technical University of Denmark attended the seminar and made nearly 30 academic reports. There are more than 70 experts, Chinese and foreign students attended in the workshop. 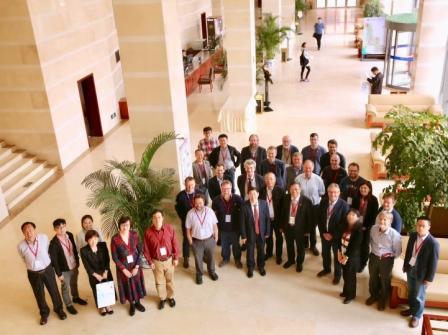 Per Hedegard, director of Nanoscience and Technology project, shared the history of cooperation between China and Denmark in this project during the past few years. He said that although there are differences in culture between the two countries, science has no borders in the world. He was looking forward to having more in-depth research cooperation in the future.

The School of Physical Science and the School of Astronomy and Space Science of UCAS has become a talent training base in calculating professional people in science and technology in China, and has already built a good reputation and influence in the world, relying on the modes of integration of science and teaching and extensive international communication.

The Niels Bohr institute at the University of Copenhagen in Denmark is renowned as the "birthplace of quantum mechanics". This "powerful combination" will further expand the field of scientific research cooperation between the two sides.

The workshop achieved a great success. Attending experts from both sides concluded with unanimous opinion during this workshop. 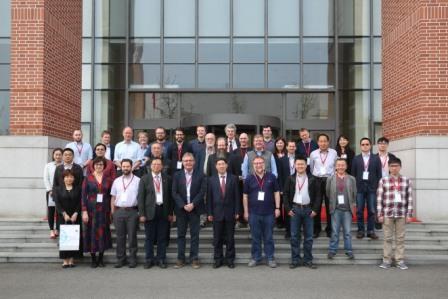