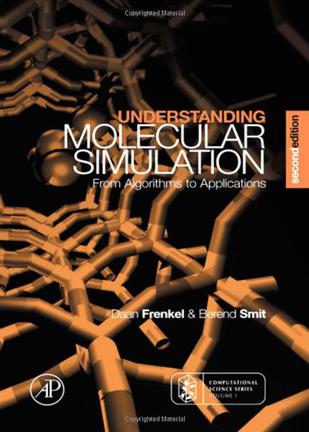 Abstract：A holy grail of nano-technology is to create truly complex, multi-component structures by self-assembly. Most self-assembly has focused on the creation of "structural complexity". In my talk, I will discuss "Addressable Complexity": the creation of structures that contain hundreds or thousands of distinct building blocks that all have to find their place in a 3D structure. Recent experiments have demonstrated the feasibility of making such structures. Simulation and theory yield surprising insights that can inform the design of novel structures and materials [1].

Daan Frenkel (1948) was appointed 1968 Chair of Chemistry (Cambridge) in 2007. He was Head of Department from 2011 to 2015. DF is Foreign Member of the Royal Society, of the American Academy of Arts & Sciences and of the US National Academy of Sciences (USA). He is member of the KNAW, TWAS and Academia Europaea. He is an Honorary Fellow of Trinity College Cambridge. He received numerous international prizes (including the Boltzmann Medal in 2016 and the Aneesur Rahman Prize of the APS).

DF received his PhD in Physical Chemistry from the University of Amsterdam in 1977. Subsequently, he worked as a postdoc at UCLA.  After that, he worked at Shell Research (Amsterdam), the Universities of Utrecht and Amsterdam and at the FOM Institute for Atomic and Molecular Physics.  He has published over 450 papers and two books.

Research interests: Daan Frenkel’s research interests focus on numerical simulations of many-body systems, with a special emphasis on problems relating to ordering and self-assembly in soft matter. In the context of this research, he has developed novel Monte Carlo algorithms for free-energy calculations and for the simulation of chain molecules. In addition, he has developed techniques to compute the number of disordered packings of jammed particles. Applications of his research are in the area of liquid-crystalline ordering, crystal nucleation and complex self-assembly.